Save the date for the exciting, upcoming out-side performance of ‘Lord of the Flies’! 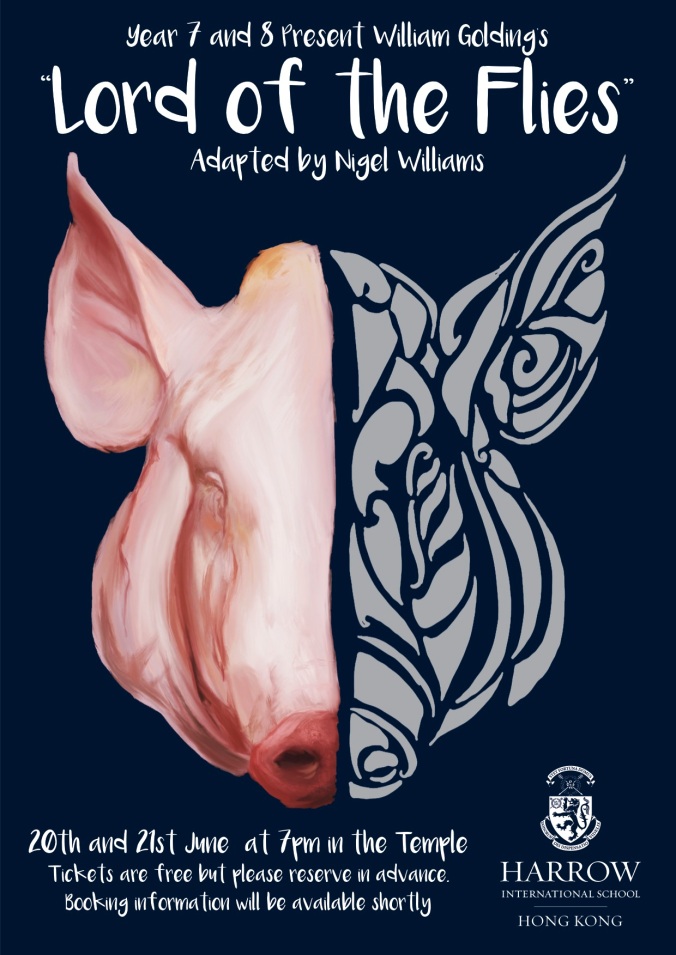 Advertisement
Starlit are running A West End Stage Musical Theatre Masterclass Workshop which will be from 16th – 21st July. WES are the leading Musical Theatre Summer School in the UK and this is a unique opportunity for young performers in Hong Kong to work with genuine West End professionals.  There is a discount code for Harrow pupils if you register before 30th April the fee will be $7900 instead of $9900. All you have to do is quote HARROWVW when you register online.
West End Stage Hong Kong
https://www.youtube.com/watch?v=U0Ci7pCrgEQ
https://www.thestage.co.uk/features/promoted/2018/west-end-stage-summer-school-believe-the-hype/ 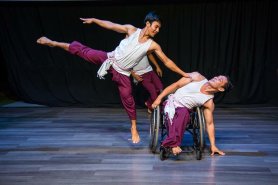 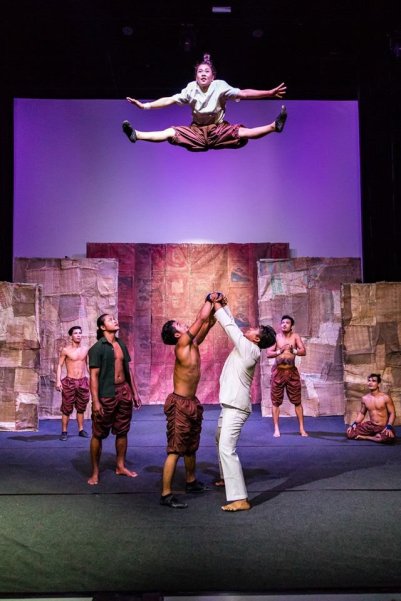 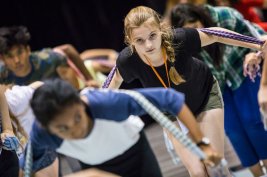 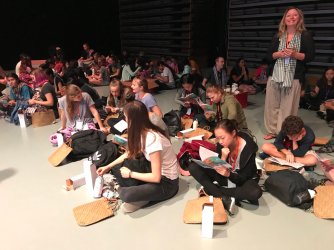 Ten Harrow Hong Kong Drama pupils attended the Phnom Penh International Schools Theatre Association (ISTA) Festival on 1st – 5th March.  ISTA festivals are always unique and transformative experiences, and an opportunity for our pupils to work alongside children from other countries and with world renowned theatre practitioners. During this festival, our pupils were fortunate enough to also work with local theatre companies. The overarching theme of the Phnom Penh festival was ‘Power: Past and Present’ with a focus on the Khmer Rouge rule in Cambodia and the powerful message of the quote taken from an audio recording at the Tuoi Sieng Genocide Museum: ‘This is part of the memory of the world, now you are the keeper of the memory’.

This was our travel day. After a short flight, which consisted of plenty of snacks and movie time, we arrived in Cambodia. In the early evening we checked into the Frangipani Living Arts Hotel where all of the schools attending the festival were staying. The evening kicked off with a delicious meal in a nearby restaurant and a quick walk around the local area as we started to get a feel for Phnom Penh. Excitement was building for the first official day of the festival, as we took an early night to prepare ourselves for the weekend ahead.

This was the first day of the festival and we visited our host school The International School of Phnom Penh and met the other pupils we would be working with. The pupils at the festival were from Dubai, India, Singapore, Kuala Lumpur and local Cambodian schools. The theme of the festival was introduced and the emphasis was on the use of art to express emotion, and to respond to the past in order to change the future. We received a Khmer scarf on arrival at the school; this was a particularly significant gesture because the Khmer is a traditional piece of clothing from Cambodia history and was the one piece of colour allowed during the dark days of the Khmer Rouge regime. The Khmer is now a symbol of a people whose courage and dignity has allowed them to overcome the challenges they suffered. Today, as Cambodia begins rebuilding it’s society, the younger generation have claimed the scarf as a legacy and the spirit it embodies.

The morning started with pupils mixing together with the other schools and working in ensemble groups to develop ideas for their final performance on Sunday. We then visited the Killing Fields of Choeung Ek, the site of a former orchard and mass grave of victims of the Khmer Rouge – killed between 1975 and 1979. The visit to the Killing Fields was powerful for everyone and gave us all food for thought about the importance of humans working together to ensure that past mistakes are not repeated.

We returned to our host school in the afternoon and pupils worked in their ensemble groups to explore their initial responses to the Killing Fields. The festival artists used many forms of theatre to help pupils dramatise their emotions and start working towards a final performance that would symbolise not just Cambodia’s past, but the hope for its future- like ‘a phoenix rising from the ashes’, as one artist so beautifully phrased it.

In the evening pupils watched a performance by the Phare Cambodian Circus; this was breathtaking piece of theatre that inspired our pupils and opened their eyes to new theatrical genres.

The pupils then experienced two workshops run by a range of artists. One workshop,entitled ‘From Peace to Conflict’, was run by Buntheoun, Lay Noth and Sakun Po from the Cambodian Theatre company, Epic Arts. The focus of this workshop was to use creative movement as a way to explore some of the conflicts that we face on a daily basis and how we can encourage understanding, respect and communication as positive resolutions. Other workshops included ‘Let’s go to the Circus’ with Hout Heang from Phare Cambodian Circus and ‘Story, Theatre and Hope’ with the renowned theatre practitioner Jonothan Neelands, which used a variety of participatory storytelling techniques to explore the ancient Khmer story of the Neang Kang Rei mountain.

In the evening we watched a performance by Epic Arts, a local theatre company that works with disabled and able bodied Cambodian artists. The performance was indeed, epic.

Pupils spent the day working in their ensemble groups, and as a whole company, to create the final performance. The performance was then shown to an audience of local parents and pupils. Our pupils should be very proud of this piece. It used a wide variety of performance styles and was a deeply moving expression of Cambodia’s history and hopes for its future. One of the quotes used in the final performance was ‘We believe that through creativity we can expand our potential as human beings’. Our pupils did just that.

After the performance there was a huge surge of emotion as our pupils said goodbye to the new friends they had made and reflected on the power of their experiences. In the evening we said our final goodbye to the other schools over a fantastic feast of traditional Cambodian food at a local restaurant.

The entire festival was translated; everything from instructions, workshops, rehearsals and performances were in English, Khmer and sign language. The translation ensured that the festival was accessible to all involved and most importantly served to connect us as one community. The Khmer translators were talented local pupils and the sign translator was an artist from Epic Arts. Thanks to the translation, our pupils have made strong bonds with local Cambodian pupils and artists.

The weekend was intense, harrowing, creative, exciting and most of all inspiring for our pupils. Well done to every pupil involved. We were indeed transformed and moved and we now keep the memory of the festival, and of Cambodia and its people, within our hearts and minds.

With one day until the curtain goes up, here are some pictures from the dress rehearsal. 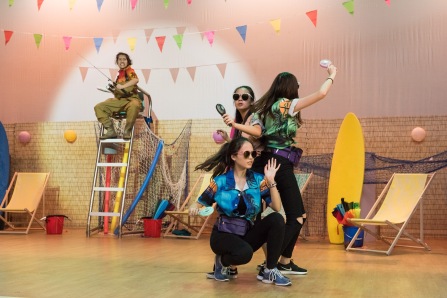 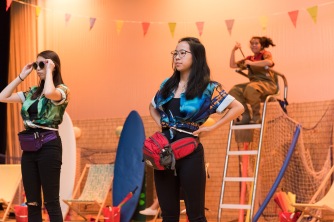 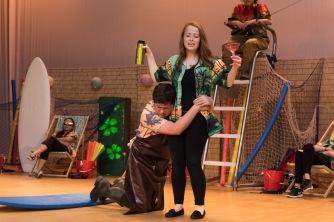 Have you got your ticket yet?

The cast of the 6th Form Production of The Tempest were in school on Sunday for the first of their weekend rehearsals. While we still have a long way to go before the show is ready, lots of progress was made and the show is really coming together. Here is a sneak peak at the promotional video which will be shown in assembly this week. Tickets are available from Monday for the performances which are on Wednesday 29th November and Thursday 30th November.

The Tempest: It is Shakespeare, but not as you know it!

Well done to everyone who auditioned for Guys and Dolls, it was a fantastic showcase of our Harrow talent. Please find the cast list attached. The first rehearsal is tomorrow P8-6pm in the Drama Studio.GD Character List copy

A reminder that auditions for Guys and Dolls will be held on Thursday 7th September during the Period 8 ECA session (private study session for Year 8) and will continue until 6.30pm, although many students will not be needed for all of this time. During audition, students will be required to prepare and deliver a short scene in a group; any students auditioning for a lead role should also be prepared to sing either If I Were a Bell or the title song, Guys and Dolls. Please find copies of the sheet music attached. Call-backs may be used if necessary. Auditions will take place in the Drama Studio.

Any students from Year 9 to 13 who are intending to attend the audition must choose Guys and Dolls as their first choice ECA when deciding on the first day of the Autumn Term; if they are unsuccessful in auditions they will subsequently be allocated their second or third choice ECA.

We look forward to seeing you soon!

A sneak preview of the Prep School Production. 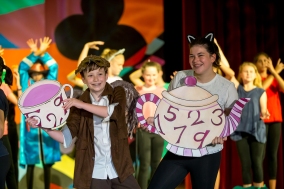 It is less than a week until the spectacular Prep School Production of ‘Alice The Musical’- the set is looking fantastic and tickets are selling fast. Get yours now.

With only a month to go the countdown begins. Ticket info to follow shortly. 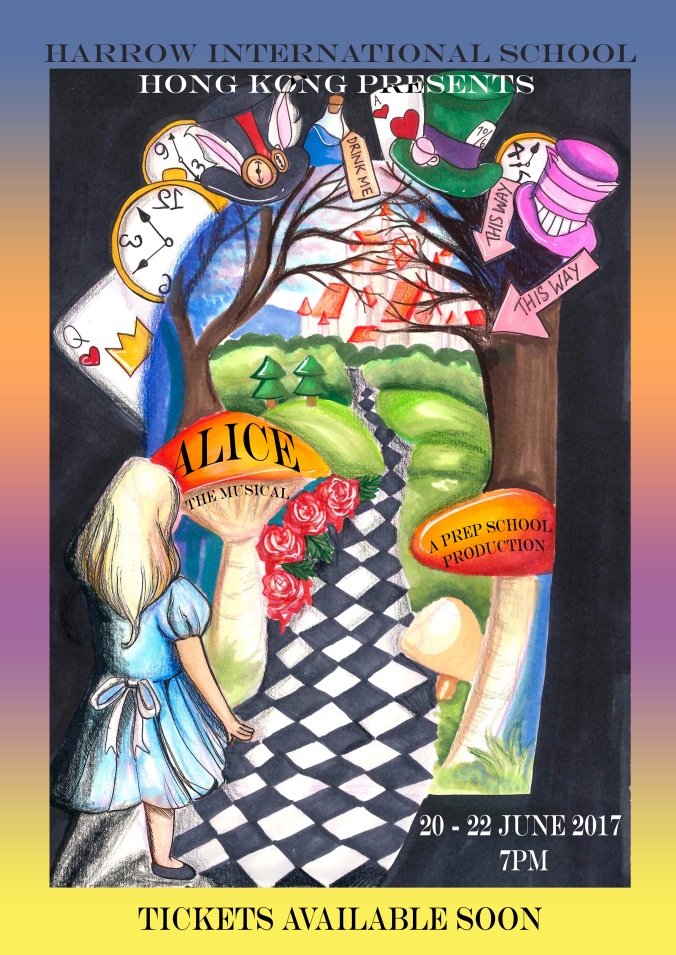